I hope you enjoy the comic!

The beginning of Kyra and Amon's relationship, a deeply story focused comic for fans of the characters, written by a fan of the characters, drawn by the man behind the characters. Included are 29 fully colored pages, an extra bonus comic "Coffee" and a couple sketches are in the zip file.

Please bear in mind the story focus, there's no sex in this chapter. If you don't want to purchase it, the pages will be posted publicly in a few weeks.

In order to download this comic you must purchase it at or above the minimum price of $10 USD. You will get access to the following files:

every link after https://inkbunny.net/Atrolux goes to inkbunny you may check up on that.

i love your comic i gonna buy them when i get my paycheck.

I've been reading this comic as it's slowly been released on FA. As someone who's liked these two snakes for a while, getting to see more narrative-based content with them has been really enjoyable. More often than not from what I've seen, most people will make characters who look nice, but don't put too much thought into their story or day-to-day. I'm happy to say that this comic delivered exactly what I was looking for. The expressions and poses of the characters coupled with the dialogue, particularly that on pages seven, eight and eleven, made Kyra and Amon seem very lifelike, and is what pushed me into actually buying the comic.

This first chapter of Shedding Inhibitions has filled a sort of craving I've had for a while, and has left me excited for what Atrolux and Cloperella do with these two in the future.

thank you thank you!!!

I like the story so far but cliffhangers and what I mean by that is how it ends at the pizza being delivered at the house. Hope you’re creating another chapter cause this is a awesome story 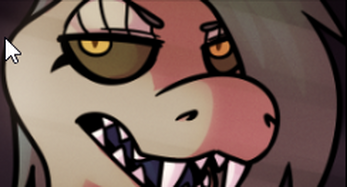